"Comedy Is Not Going to Save You": Comedians Confront Depression in This Unflinching Documentary 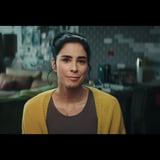 Laughing Matters, a new minidocumentary on comedy and mental health released today (World Mental Health Day) on YouTube, begins in territory that's all too familiar. "I hate to have to report this," says news anchor Don Lemon, in 2014 footage taken from CNN. "The breaking news just in to CNN is that actor Robin Williams is dead at the age of 63 from an apparent suicide." The ensuing clips, showing reactions from Conan O'Brien and David Letterman, expound upon a death that shook and shocked an industry and the world. But then, to make a point, the documentary travels back to Chris Farley's death in 1997, then John Belushi's in 1982, then spirals through more, as if to situate Williams in a pattern: a group of comedians with untimely deaths, often related to mental health or substance abuse.

It's not hard to put the pieces together, to figure out why these deaths leave us devastated and confused. The job of comedians is to make us laugh. To think that they themselves aren't experiencing the joy they provide for others is tragic. It hurts to think about. But, as the documentary goes on to show, it's imperative that we do.

Laughing Matters, developed by SoulPancake in partnership with Funny or Die, looks to shed a light on this crisis by sharing the raw, honest, stripped-back mental health journeys of 12 comedians, told in their own words. They confront their own deeply personal stories, touching on issues of substance abuse, depression, loneliness, and suicide. And in doing so, the comedians show that struggling with mental health is not a source of shame, and that reaching out to family or friends, or speaking to a therapist, can save lives.

That mental health journey starts in childhood. "One-hundred percent of comedians become comedians because, somewhere in their childhood, they needed to be funny in order to survive," says Sarah Silverman, who goes on to share how she was put on Xanax at age 13 to treat depression. The Office's Rainn Wilson discusses the trauma of his mother leaving him and his father when Wilson was just 2 years old. "You think about how bonded a 2-year-old is to their mom, all of a sudden my mom wasn't there. . . . I know this affected me in some pretty profound ways."

Related:
9 Female TV Characters Who Are Changing the Way We See Mental Illness on Screen

The documentary tracks the comedians, including Whose Line Is It Anyway?'s Wayne Brady and Crazy Ex-Girlfriend's Rachel Bloom, through emotionally tumultuous teenage years into their sometimes dark adulthoods. Even as they found success in comedy, the comedians described struggles with mental health that left them feeling confused, exhausted, and isolated.

As comedian Chris Gethard describes it, "I could show up at the UCB Theatre, which was like the hot theater in New York City. I could be the guy who, that night, crushed the hardest. And I was miserably lonely all day leading up to that. . . . Onstage in front of 200 people who thought I was the funniest guy they saw all night, I was miserably lonely. None of it changed."

The process of transforming pain, trauma, anxiety, and depression into stories and art, whether in comedy or another form, was a coping mechanism that many of the comedians used. "Comedy is a way to transform your darkest thoughts into a form that gives them a little less power," says Aparna Nancherla, who's been on Inside Amy Schumer and written for Late Night With Seth Meyers. Yet even that catharsis can only take you so far. Comedy, Gethard later explains, "is not going to save you." Comedy can be therapeutic, but it's not therapy, adds Baron Vaughn, a comedian and actor who's appeared on Grace and Frankie.

Related:
I Have Depression, and I'm Proof That You Never Know the Battle Someone Is Waging Inside

That's why it's so crucial to continue the conversation around mental health, even when it delves into topics that are difficult to talk about. Humor, the documentary shows, can help; author and comedian Sara Benincasa, for example, describes a panic attack as "basically the inverse of an orgasm. It's like the worst feeling you could have."

Humor and honesty are the two ways that Laughing Matters tackles its dark subject matter, and it's not only entertaining and informative, but instructive. It exemplifies how we can speak about mental health in our own lives: reaching out, telling stories about our experiences, and using them to help others.

"We all have these kind of f*cked up things that happened to us," Wilson says. "We can get through it, and transform it, and use it."

You can watch the 28-minute documentary here on SoulPancake's YouTube channel and check out the trailer above.

If you are feeling anxious or depressed and need help finding help or resources, call the National Alliance on Mental Illness (1-800-950-6264). You can also text "NAMI" to 741741 or email [email protected]

In an emergency: If you or your friend needs urgent help, call 911 right away. Or even take your friend to the emergency room for assistance. If you feel it's safe, stay with your friend or find someone to stay with them until help arrives.

In a crisis: You are not alone, and help is always available. Get immediate support 24/7. Reach out to the Crisis Text Line by texting SEIZE to 741741 or call the National Suicide Prevention Lifeline at 1-800-273-8255. It's free, and everything you tell them is confidential, unless it's essential to contact emergency services to keep you or your friend safe.

The most effective retinol is hiding at the drugstore, and it only costs $10